Make no mistake, these solutions are but one amongst many in the sea of soundproofing via decoupling methods.

However, as they tend to be the most used and prominent, I figure it’s best to discuss them and how you might make a decision on what works better for you.

Discussions on how best to do this kind of soundproofing often come up relating to the home. I know I’ve experienced my fair share of issues with something that looked good and I wanted in my home due to that.

I’ve also had personal experience having to choose between these, as my parents wanted to install a partition in their games’ room.

Of course, they came to me, and that is when I learned just how confusing and difficult picking between these can be.

That’s why I am going to do try my best to simplify it all and, alongside explanations, give you a succinct overview of what is better in which category and what you should ultimately choose.

First of all, to be sure, we need to answer two simple, but very pertinent questions:

In essence, both of these are methods of insulation that focus on the wall - wall studs specifically. How they differ is:

Resilient channels are installed on a layer of drywall in a sort of perpendicular ‘T’ compared to the wall studs. This method hails all the way back to the 1960s and is surprisingly effective to this day.

What helps is that there is another layer of drywall added here, using screws. Due to there no longer being any contact between the drywall and wooden studs, the level of noise reduction is significantly improved.

On the other hand, sound clips try to tackle the issue of decoupling by sort of making sure to insulate the wall studs.

They can then be attached to a hat channel and to the wall studs on which the other drywall is screwed.

The very nature of how sound clips are made is what makes them sound dampeners. Often times they contain materials like rubber, which is a noise canceling material.

Now, before we get into the comparison, let’s also quickly answer what decoupling itself is. 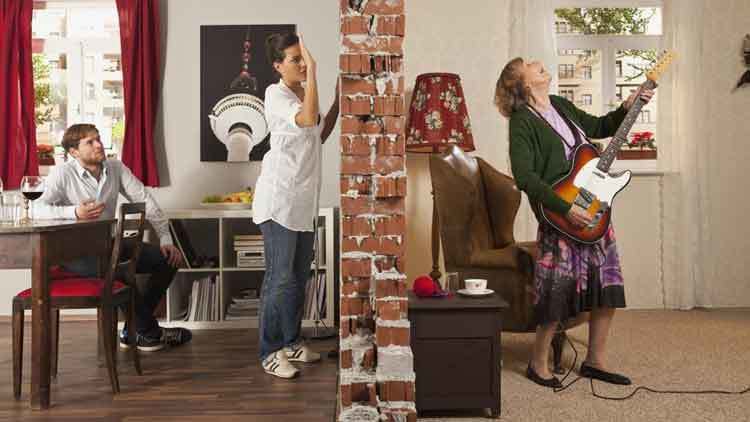 First and foremost, it is a principle used to ensure insulation works better and more efficiently.

It uses principles that sort of exploit the absence of something to be disturbed by sound more than any blocking or prevention, necessarily.

Because vibrations carry sound, decoupling is, in fact, an attempt to make that very absence that's necessary to negate it happening.

You get an isolated room of sorts, between the drywall portions, that absorbs sound, thus negating its impact on the further points.

Now, onto the comparisons and discussion of which is better.

It's not at all shameful to admit that this is one of the first things everyone looks at when considering what to buy of these two choices.​

After all, we're not wrong to want to make sure we’re not wasting our money.

That's why when comparing the prices, you might realize something right away, about these two methods.

At first glance on Amazon, It may seem that resilient channels are actually much more expensive than sound isolation clips.

However, I want you to consider a few factors, first:

Now, looking at these, you get to see the full picture. The sound isolation clips actually give you a lot less for your money, in sheer amount, than resilient channels do, by far.

While the two compared, top products on Amazon are admittedly not even close to similarly-priced, the discrepancy actually means the clips are much more expensive. Here’s how.

The resilient channels give you a whole 24 pieces, and all of them are pretty thick and hefty 8’ ones to boot. That means that the under $200 price tag needs to be adjusted to factor that in, for overall value.

The sound isolation clips, on the other hand, give you much smaller pieces, at a cost of nearly $80 and all of that for just 10 a pack.

If you wanted as much raw material as the resilient channels offer, you’d be forced to spend a significantly larger amount of money to get the same.

So, surprisingly, the resilient channels win this round handily, being much cheaper and offering more for your investment than the sound clips. However, that’s not even the start of it.

Note: Prices are an estimate as they change constantly on Amazon.

Here is what can make or break any contest between products.

Simply put, if you cannot install something correctly it becomes worthless. Even if it costs 5 dollars, if it ends up doing nothing, you’ve lost money.

Now, let’s be clear on one simple fact. Both of these will require some sort of technical expertise to install.

It's nigh inevitable you will find yourself unable to do it on your own if you're not well versed in how it's all done.

There are a few general pieces of advice I can give, to at least make sure you know what to aim for and how to avoid getting scammed by an expert:

Now, with this in mind, you can see that the much easier to apply solution would be the sound isolation clips.

They’re designed to be much simpler to work with and apply all these additional solutions with.

They do require expertise, as stated before, but not nearly as much as the resilient channels. They not only need experts but tend to be much costlier in time to install, giving the round clearly to the clips.

In my opinion, this is the most important criteria and a fitting tie-breaker of sorts. When it comes down to it, there are a few things to consider.

First of all, what kind of coverage and targeted approaches both allow. Second of all, how good are their ratings and generally accepted levels of noise reduction.

In the first regard, the channels tend to be a bit better, since they do cover more for less money but still, the clips are smaller and more precise, allowing for better targeting, so to speak.

However, the contest is clearly won by the sound clips once we get to effectiveness.

An STC (Sound Transmission Class) score of 5-7 points for the resilient channels is all fine and well.

But when you consider that the average score for the sound isolation clips is a whopping, three times as effective 15-20 points, you realize that the clips actually work far better on average than the channels could ever hope to.

The clips provide a far lower resonance point, as well, allowing them to make a much broader spectrum of sounds inaudible to our ears. What’s more, resilient channels can fail.

They tend to be completely negated by even relatively small mistakes during installation.

From coming into contact with screws to you placing something on the wall they’re on incorrectly, the channels are much more finicky and thus less reliable as a whole.

That is why this round and the overall victory has to go to the sound isolation clips, despite their higher costs.

While both methods are valid and can be used, the overall victory went to the sound isolation clips, despite their higher price tag.

Simply put, they earn that price tag with all that they offer in exchange for it, compared to the resilient channels.