Xbox Noise Reduction: How to Make Your Xbox Quieter

Just like every teenage boy in the world, my son likes playing video games.

Sometimes he would play that for so long, that his console would start overheating and the fan would start buzzing so loudly, that we couldn’t even hear the sound of the game on the TV.

Well, there is no pleasure in playing a game, and all you can hear is the sound of the console’s fan and the anxiety that it will soon go into the flames from overheating.

We had to find a solution to this.

The first thing that came to my mind was to build something similar to the soundproof box that we have built for our generator.

However, that wouldn’t have been the smartest of ideas.

First of all, that box would close the console in a small space with no air, and that would lead to even greater overheating. 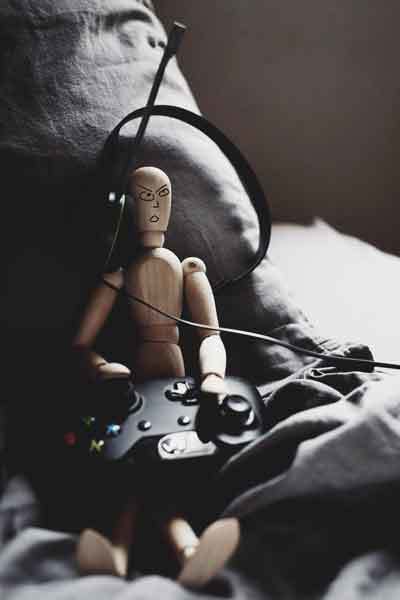 Of course, I could make a small opening for the ventilation, but it can’t be that big, so the Xbox would still be heating itself up uncontrollably.

And another thing is that the opening that I would have made would keep letting the noises out, and it wouldn’t have much effect on the soundproofing side. I could as well just leave it be.

But we had to figure something out.

If he was playing games, my wife couldn’t even sit in the same room if she wanted to read or something.

And so we tried a few tricks and found our solution.

Hopefully, these few tricks will bring peace to your family as well.

So stay tuned, and find your savior. 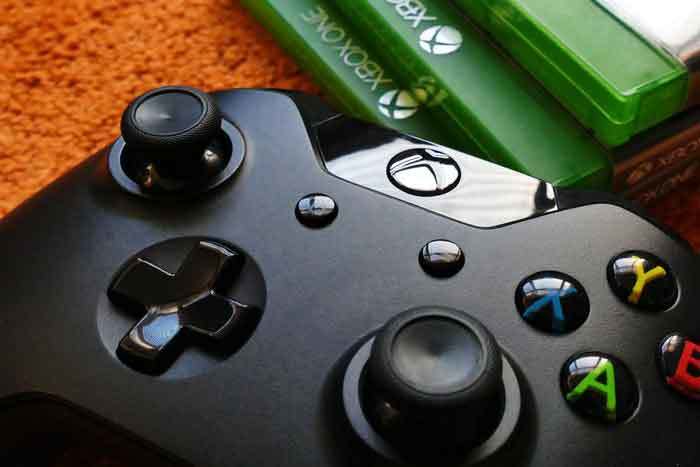 How to Make Your Xbox Quieter

1. Install your games onto the hard-drive instead of running them from the disk

The first thing that you can try on your journey to make your Xbox a little it quieter is playing the games from the hard-drive.

I am very well aware of the fact that it is not dead silent even when it is just sitting there and doing nothing, but it sure is much quieter than when games are running.

Another thing that is making a lot of noise in your Xbox is the rotation of the CD.

When you put a game inside, and the CD-ROM starts spinning and spinning, it would produce a buzz that is highly unpleasant.

Heating of the console is not your only problem here.

To solve this kind of noise, try installing the games directly on the console, and play them from the system, and not from the disc.

There would be nothing to turn and spin and make that annoying buzz that is drawing away your attention from the game. 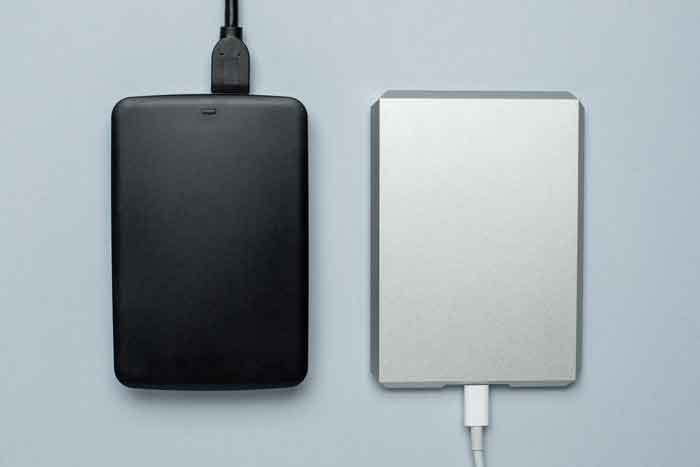 2. Try turning up the volume on your TV

This is not the perfect solution, of course, but is surely cheap and something that you can try out.

If the buzz is not that high, you can turn up the volume on your TV, and in that way camouflage the sound that is coming from the fan and CD – ROM.

Again, this is not a solution that you should stick to.

There are other people in the room that would not find it at all appealing, so keep reading to find better solutions.

3. Buy a TV stand that is closed at the front

The much better solution would be buying a new TV stand.

Not only that the TV stand can help you in muffing the noise, but it can also bring a new nice look to your living room.

You would want to look for a TV stand that is closed in the front so for the noise not to come in waves directly into you.

Yet, you would need it to be opened at the back side, because you need cables to run somewhere.

Even those are opened in the back; they can do very well in muffling camouflaging the sound.

And again, because they are opened, they will give some air to your Xbox to stay ventilated properly and not overheat too much. 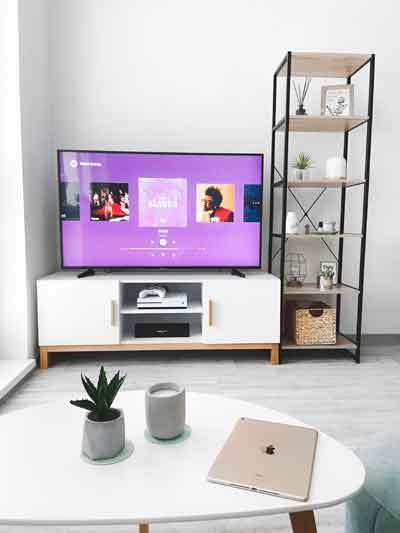 The headphones can be a great solution if you play Xbox quite often.

Actually, they are a fantastic solution even if you don’t.

The thing is, if you want to get a really good pair, you will have to invest a little bit in it.

Again, this is not a perfect solution since not everyone sitting in the room can use them, but for the few of you playing, this will add an extra bit of the thrill.

Listening to the action so close to your ear would make you feel like you are in the center of the happening.

Almost all of these headphones have a built-in microphone, so you can easily communicate with one another if needed. 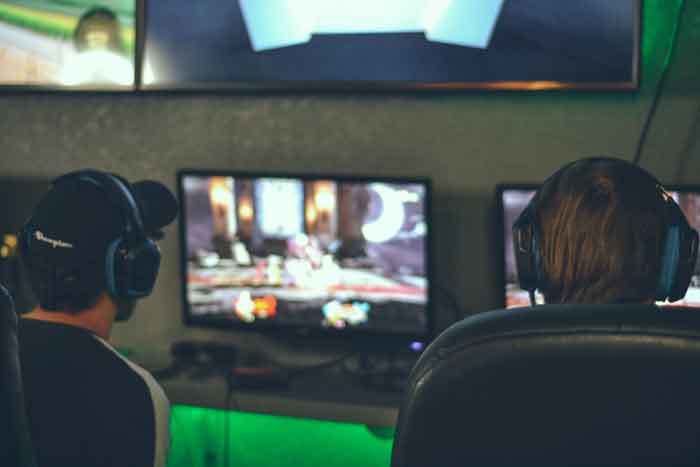 Here are the ones that I loved: COWIN E7.

They do have that built-in microphone. And they are not that expensive either.

Even my young son who still believes that more expensive equals better said that they serve him well and I liked them as well.

If you want to invest in some serious headphones though, here are another few pairs that you can try:

5. Try using a quieter version of a power supply adapter

An additional thing that you can try in making your Xbox quieter is this brick Xbox power supply.

I was a little bit skeptical when I bought this one, but it turned out to work just fine. 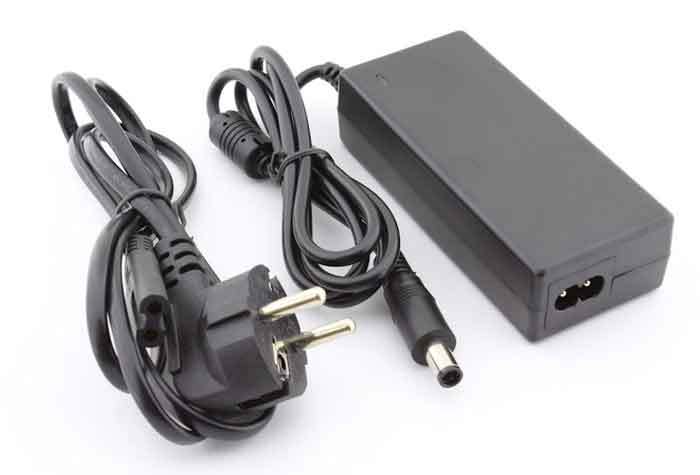 I thought how one simple power adapter can change the loudness of a console.

Nevertheless, it’s so quiet that I even forgot that my son’s Xbox is running.

This is one worth solution to your noise problem.

It’s at the affordable price, so you don’t need to waste a fortune for it. It works for all Xbox one consoles, and it lasts quite a lot.

However, I was able to enjoy my silence while my son enjoyed playing his favorite games after getting this one.

I would definitely recommend it to anyone that struggles with console noise.

6. Place the Xbox in a different room 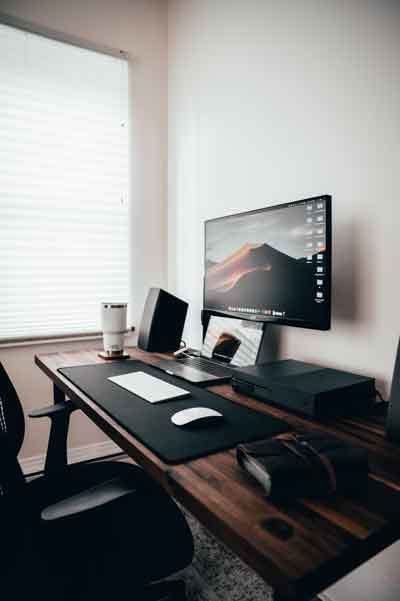 Yet another thing that you can try is placing your Xbox in a different room from the one you are sitting in when you are playing it.

There is just one problem with this, and that is the cabling.

For this solution, you will need to purchase some bale extensions, since it is not very common to have your console in another room, and the cables that come with it are too short for that purpose.

Not only that this can be a drag with buying and running some cables all across your house, but it is neither pretty nor safe to just have them lying around on the floor.

If you decide to try this solution, however, I would strongly advise you to purchase and install some cable covers as well. 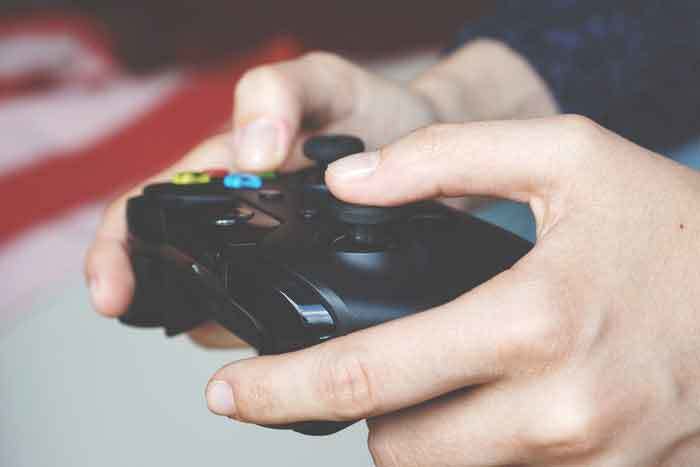 These cable covers will hide the ugly cables, and probably save someone’s head from tripping and falling over them; especially if you have elder people, or small children running around the house.

Besides, it would save you the worries and troubles of your console or TV falling from their place if someone pulls the cables by tripping over them.

7. Place your consoles in a special cupboard

Another thing that you can try instead of placing your console in another room and running unneeded cabling all through your house, is putting the console in a spare cupboard.

Again, you would probably need some extra cabling, but not as near as much as when you are placing it in another room.

Alas, there is a problem with this solution – overheating. 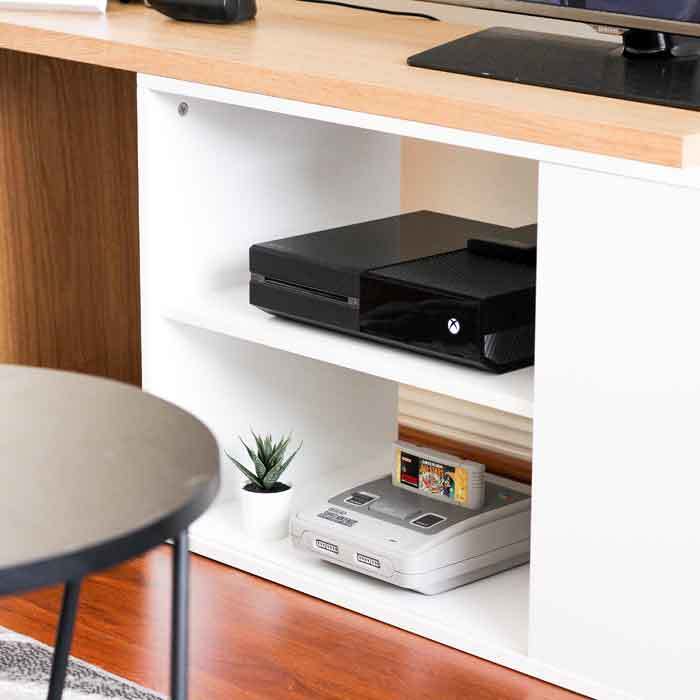 Since the cupboard will be closed, and when a console is running it is heating, it will be hard for it to stay “healthy” and keep working for long if you keep it closed in that cupboard with no ventilation.

There is a solution to this as well.

Here you can find a very good guide on how to install a ventilation system in the cupboard where you keep your consoles.

And this might be the best solution there is to making your Xbox quieter.

Or just not to interrupt your gaming adventures 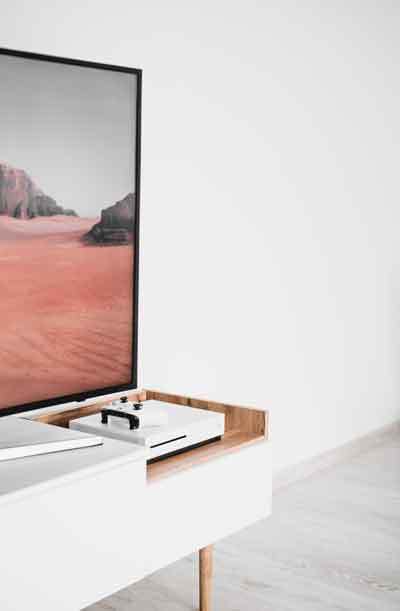 I hope that these few steps and ideas made you find a solution that fits you the best.

You don’t need to buy some white noise machines, criticize your kid for playing for too long while your nerves are edgy from this buzzing sound.

Just follow these simple steps, and your home will be a much healthier environment.

You and your children will be able to play some of the video games without disturbing anyone else in the room with an uncomfortable buzz.